„Everything that a person can imagine is feasible„

We started our Company in January 2016

We had recognized that IT security is not being used or is only being used very inadequately and effectively. Solutions are not rational enough. The cost for small organizations is too high. So we saw that we had to act. We specialized in IT-Audits, Risk-Analyzes and Proof of Concepts because we know that we have very high analysis potential in this area. That’s why we decided to work harder in this Area.

IT- / & Cyber-Security is a foundation of digitization

We saw Potential for improvement for Small to Medium-sized Companies

That’s why we developed our own Products

The Swiss Knife in Cyber-Security

In 2021 we developed CajaBOX – dataprotection in a box

Nothing is as important in digitization as secure communication

But why did we do that?

One evening in 2014, i was sitting on a bench and looking up at the Eiger, Mönch and Jungfrau. I worked at a small company based in the Berner Oberland. There was a small family whose son had caught unwanted Trojans from BOT-Networks. I was able to count around 5.160 Trojans during analysis. Too much to repair. I explained to the family man that he needed a Firewall to 1. obtain censorship in the form of a filter so that the son could no longer access such sites, at least in the home area, and 2. to ensure security for everyone. The Family man was shocked how things like that could happen. He only came at first because the son noticed that his Laptop was slow. An Antivirus Scanner could not detect the Trojans although it was active.

I went to my Boss and informed him that I need a Firewall where I need the bundles. At the time, I had relied on the fact that he would also buy the subscription for the Firewall. I gave the father of the Family the price my Boss gave me, believing that he had done what I had stated.

On the day of installation, I went to this Family’s home to install the Firewall.

This is definitely a better world

When I saw that the Boss had forgotten to buy the bundle, I was horrified. The Contentfilter in particular was important to me so that I could keep my promise to my father. This was missing now. Clearly I could not say that he would have to pay a lot of money again to be effectively protected, as I had told him. Explaining that would have put me in trouble at the time, as the Family man had assumed that he was completely protected with the Firewall. So in the end I had to do some things by hand that didn’t do what I had promised. This Family felt safe, but they weren’t safe.

That disappointed me, so disappointed that I had thought about how such a situation can be improved and why are security features that are urgently needed for a lot of Money.

The consideration. When I looked up into the Mountains, I realized that it could only be a Product of its own, where Companies could be effectively helped. I remembered that there were Derivatives from the Linux area that already had all the features on board and a lot more that other Firewalls from major manufacturers cannot offer.

This is how the story of Adele FireWall began. The name Adele had occurred to me one morning in the shower. Knowing very well that this does not come from the singer, but the name Adele represents the noble Lady or of noble nature. A noble thing in the truest sense of the Word. We did something to go with them and encourage their actions.

The Mountain ranges of the Eiger, Mönch and Jungfrau are considered to be one of the central foundations of the Alps

Symbolically a sign of strength and power. Nothing should get past this wall

We gave Adele FireWall a face. Because we believe that it is good and different from the usual computer science. We think differently, so we act differently

It is not a question of whether you will be the victim of a Cyber-Attack, but when

Why did we develop the Selena Server?

The market for security products for small and medium-sized companies is very expensive, as it often requires several components and specialist knowledge, which entails high personnel costs in order to be able to support them. In addition, the risk of decentralization is very high. In addition, there are high requirements for data protection, which can no longer be met with alternative methods for small businesses.

The whole digital world united in just one machine

At the time, a Dentist had agreed to install a number of safety mechanisms. At that time it was about the requirements of the GDPR. He had no firewall or other secure installations. I didn’t know this dentist then. As a first step, I installed Adele FireWall through a partner in the dental industry. I had relied on what my partner said.

After installing the firewall a day later, the entire network collapsed. The partner from the dental industry has previously configured the network with a very simple server. That day I was out and the dentist called me. I told him I would come over to see him.

When I got there, he was in front of the administration in his practice. He didn’t know whether to cry or not. I can still see this picture today. Nothing worked anymore. The entire infrastructure was dead. I sat with him all night and reconfigured the network. Only then did I notice how confused everything was configured. At the same time, weak points could be seen everywhere. After a short IT-Audit, I found that the entire network was infected and that the server where the system for the dentist was located was infected with Trojans. I also had to assume that data had been stolen. Since the barn door was wide open and the Trojans had built in back doors, respectively. It was connected to a bot network.

After realizing this, I was initially shocked. I corrected the network so that the dentist could go back to work. I had built a standard server for the dentist with Windows 2016 Server so that he could work properly at first.

The consideration. Then I began to think about how a network can be made so secure without costing a lot of money, without becoming too complex and how an entire infrastructure could benefit from it. In addition, I thought about how an in-house server can be designed in such a way that it is technically not vulnerable and also contains all the important legal bases and security frameworks. And how you can then also present the whole thing compactly and everything is central. Centrality was an important criterion. All in one. There was no such thing on the market and if so, the dentist couldn’t pay for it. So something new was needed.

The result was the Selena Server platform. It took us almost 2 years to make it what it is today. After the prototype was ready, I presented in to a forum for dentists. The interest was great. The prototype was installed at the dentist. We reinstalled all systems. Each service provider has its own system. X-ray and accounting systems have been separated, as we know that in the IT industry, the blame is often shifted to others. This can then no longer happen. The procedure has become very well established. The Selena Server has been working in this dental practice for about 3 years. There have still been detailed adjustments and experience has improved. Since the Selena Server has been in the dental practice, there have been no more failures, viruses, malware or other dangers. The dentist is efficient, he is safe and he also has new opportunities to exchange data with colleagues and patients. It was just as important to us to maintain the centrality of the data. We create a secure exchange with colleagues and with patients with the NextCloud. It is an integral part of the Selena Server. The real-time backup in our Data Center has also been improved during this time. The second safe place. At the same time, hostilities in the backup and disaster mechanism occurred in detail. We can proudly say that we have built in a 5-fold backup strategy in addition to the 5-fold security strategy in the in-house area. In addition, the next Innovation was the X-System. This makes it possible to connect locations with one another in such a way that a separate network is created beneath the insecure Internet. We call it SeSnet.

As a further view of the future, we have Colopatiron – Secure Communication in works. This arose from the situation with the Corona period. The DentaSec APP is to replace analog and bring digitization and security closer to the patient.

From the beginning it was clear to us that we had to go other ways with the Selena Server. So we designed a new website, completely different from what conventional IT would expect. We also gave Selena Server a face, as we did with Adele Firewall.

Why did we develop CajaBOX?

In the Covid19 time, many companies resorted to online tools and decentralized behavior. This at the expense of the companies. Not only from a legal point of view, but also in terms of data security. Data protection was severely undermined by outsourcing to the home office. This also resulted in increased hacker attacks.

The consideration. How could on-premisses systems that are required for smooth and secure business operations be connected to one another in such a way that they can be accessed globally and securely and that efficiencies can be increased even further. We have already achieved this status with the Selena server, but something still needed that small companies can use, for example, using a peer-to-peer network or not requiring a server. The result was the CajaBOX – dataprotection in a box. As small as 2 boxes of cigarettes and yet everything is inside. Additionally secured by a double firewall technology

Go to the Webseite of CajaBOX

We look forward to reading from you 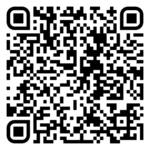